You know, as much as I go on about how hard it is to write a book, I often spare a thought for the poor person who has to design the cover. After all, the cover has a very important job to do – it has to visually represent the essence of the book in a way interesting enough to attract people’s attention and lure them over. And even worse than that, the weight of expectation when showing it to the author for the first time must be considerable, even though the publisher often has final say. The thing is, it’s often not very easy to find the right image – especially when the stories are as bonkers as the ones I write.

Time Rep went through a variety of covers before the gorgeously sexy one it is bestowed with today. First of all, when it went on the internet as a free e-book, the website threw together a cover quickly for me, based solely on the title. And this is what it looked like: 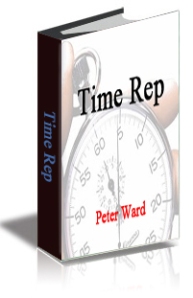 I suppose it had the word “time” in the title, so a stopwatch did the trick for them. Anyway, after a few weeks I thought I’d try and improve it, and designed something myself in a generic digital watch font with some lines shooting out of a corner: 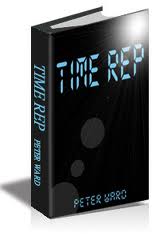 When I showed it to my girlfriend and asked her what she thought, she said “It’s rubbish.” Which it is. But sure enough, that image stayed online for a good few months. Finally, when Diversion Books obtained the English language rights, my agent asked me if I had any suggestions for the cover to pass on to them. I suggested a picture of the seagull sitting on a rock, overlooking the ocean (which to me is the key image of the book), and included this mocked up image as a guide for the designer: 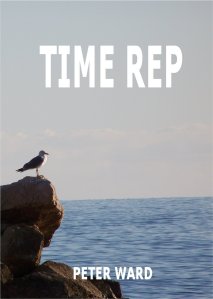 Having realised the image was awful within five minutes of sending it, I e-mailed my agent again telling them to ignore it. She replied “Thank God you said that – I thought it looked like a self-help book!” So you see, when I look at book covers (and the cover of Time Rep in particular), I take a moment to appreciate just how hard it is to design something that looks good; something that does the story justice.

This is why I need to become more famous you see – to help make life easier for my cover designer. After all, the more famous you get, the more space your name takes up on the cover, and the less space is given to pesky design elements such as the title of the book, or any images associated with it. I’ve demonstrated this below in a chart I like to call the “Fame to name size on cover” curve: 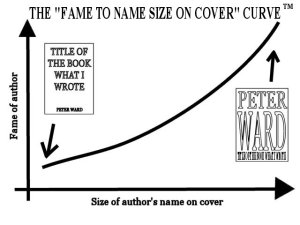 You see how easy it becomes? If the cover you’re designing sits on the right hand side of the curve, you’re laughing! Just bosh the name in, leave an inch or so for the title, then you can spend the rest of the day playing The Elder Scrolls: Skyrim. Or perhaps Pikmin 3 if you’re not into role playing games, and have a Wii U.

So why am I talking about book covers, you ask? Because I’m excited to see what the nice people at Diversion Books come up with as the cover for Note to Self. So much crazy stuff happens in that book, I wouldn’t know where to start if I was them…